Why do girls wear makeup? 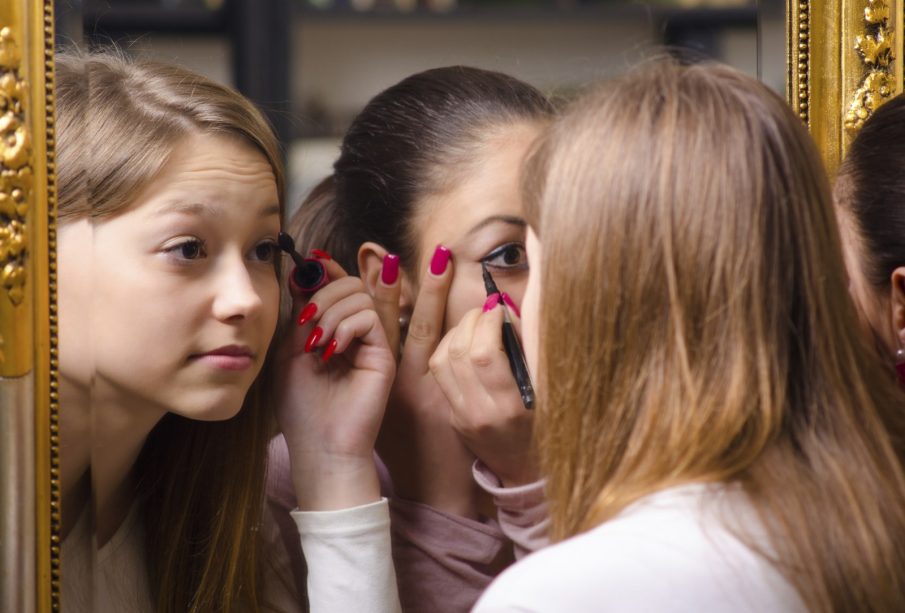 Some time ago, Taipei’s mayor, Ko Wen-je, made a startling statement about how Japanese girls are very delicate with makeup, and Taiwanese girls often come out scary without makeup. He also said, “Aesthetics is not only a kind of persistence, but also a responsibility”. The result, of course, was a rebuke that he objectified women. And we beauty deals also feel uncomfortable about this statement.

“In Korea, women are taught the importance of makeup from a young age. Makeup is a courtesy and an integral part of life.” Being sophisticated at all times is a daily routine that a Korean girl must keep in mind. Even the Korean media has described the country as a country that has been running without brakes on its “appearance-centric” path. A popular story is about a girl who worked at a Starbucks who was fired because she “felt uncomfortable” after a customer complained about her lack of makeup.

In South Korea, even elementary school students have gone so far as to learn to wear makeup.

A Korean elementary school teacher complained. The most interesting topics for girls in the class are always highlights, lipstick, eyeliner and airbrush foundation. “These things are replacing books and taking over schoolchildren’s bags.” Even if it’s a woman who just gave birth and doesn’t want to wear makeup because it’s too hard for her to sit and take care of her baby. I would be criticized by my mother-in-law: “The pores are so big, at least draw your eyebrows and put on some foundation.

In Japan, too, the vast majority of Japanese women can’t imagine going out without makeup. “Among Japanese women, 99.9% use cosmetics. Even housewives, when they wake up, are accustomed to going to the dressing table to put on a layer of foundation, and makeup is the start of the day for Japanese women.” How exaggerated is Japan?

On October 21, 2016, a magnitude 6 earthquake struck Tottori Prefecture, Japan. All major TV stations interrupted their programs to cover the earthquake urgently. Yoko Ikuno, an anchorwoman from Fuji TV, went straight to TV without having time to put on makeup. As a result, the Japanese netizens collectively vented that the female anchor who went on TV without any makeup was even more shocking than the earthquake! There is also a magazine in Japan that did a survey of male office workers.

How do you view women who don’t wear makeup?

As a result, almost 70% of guys think that girls “should wear makeup” when they go out to meet people. For girls who go out without makeup, straight Japanese guys react as follows.

“Unbelievable, make-up is the most basic etiquette, let’s put on some make-up.”

“Even at your age you still don’t wear make-up, is it rude?”

“For women makeup is a sign of accomplishment and is absolutely necessary.”

They believe that women who don’t wear makeup is a person who is afraid of trouble and loses her identity as a woman. “It feels like I don’t see myself as a woman at all.” Basically, most Japanese girls, would say that they would never go out with a plain face.

“A woman’s success has nothing to do with her femininity.” Engels made the following famous assertion in The Origin of the Family, Private Ownership, and the State. “The emancipation of women, the equality of women and men, is and will remain impossible as long as women remain excluded from the productive work of society and confined to the private work of the home. This is possible only when women can participate in production on a large and social scale, and when domestic work occupies only a minimal amount of their work.”

Beauty is not the justice for girls, ability is. Just do yourself and ignore the unfriendly talks. Beauty deals insist that every girl should be what they like!